The read-aloud or elicited imitation questions on the Duolingo English test are designed to check your ability to read a sentence and pronounce it naturally. According to Duolingo, the software used on the test is able to check a number of pronunciation features including phonemes, rhythm, stress and intonation.

You will be given between 4 and 7 sentences to read on the test.

This is one of the computer adaptive tasks on the Duolingo English test. This means that the difficulty of the next question will depend on how successfully the previous one is completed.

Read the following sentence out loud.

I do not eat to live, but live to eat.

Simple, right? Well, yes it is simple to read out a sentence. The difficulty is that you need to pronounce everything well.

According to Duolingo, these tasks test your ability to read, understand and produce a sentence. Well, actually, you don’t really need to understand the sentence. You simply need to read it well.

The following steps should help you to say it better.

Before doing the exam, I would recommend checking your pronunciation generally with an English teacher. Tell the teacher you want to know if you have any pronunciation issues and then let them listen to you for a while.

This should give you a good idea what you need to work on before taking the exam.

English is a stress-timed language. Some languages are syllable timed however, including French, Italian, Spanish, Mandarin, Romanian, Turkish and Korean. Check whether your language is syllable or stress timed. If it is stress-timed, skip this step.

For example, in the sentence “dogs chase cats“, each of the three words is stressed. We can expand the sentence to “the dogs are chasing the cats“. The bold syllables are stressed with the other syllables being shortened. This way, we should be able to say both sentences in the same amount of time.

Getting to grips with this will help you to sound a lot more natural in English, and far less like a robot!

Before you say the sentence to be recorded, say it in your head. Try saying it without actually producing any sound, but still move your mouth. This will give you a sense of where the stress goes and how the other sounds are shortened (reduced).

While doing this, note where any pauses should be. Commas indicate a short pause.

Of course, you won’t have very long to do this in the exam, so practising with some sentences before is a good idea.

Your best bet to deliver the sentence well is to be relaxed. Take a deep breathe before you say the sentence and try to just let it happen. Make sure you have had enough to drink before the test so your throat isn’t too dry also.

Here are some sentences to practise saying. Use the strategies above. It is a good idea to record yourself saying them and listen back to them.

I like tea, but I’m not a fan of coffee.

Yesterday, all my troubles seemed so far away.

I like the way she laughs at my jokes.

You could go to the park now, but it’d be better later when the weather is warmer.

According to the article, the cost of living in Tokyo is among the highest in the world. 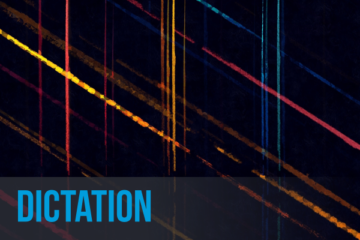