Duolingo vs IELTS and TOEFL

Duolingo vs IELTS and TOEFL

Over the past few years, the Duolingo English Test has become a challenger to IELTS and TOEFL. Certainly, the Duolingo test has a number of clear advantages over these older, more established tests. At first glance, it may seem obvious that Duolingo is the test to go for, but is that true for everyone?

Why are you Taking the Test?

The first consideration needs to be whether the test will achieve what you want it to. IELTS and TOEFL are both accepted for emigration purposes and by some employers. At the time of writing, the Duolingo English test is only accepted by universities. That may change in the future, but you shouldn’t take the Duolingo test hoping to emigrate to Canada.

How many Universities Accept the Test?

I assume that you want to have as many options open to you as possible. Therefore, you would ideally want the test that is accepted by the greatest number of universities.

Duolingo is accepted by a rather respectable 3,500 universities around the world. These aren’t just limited to English speaking countries. Further, these are not just the worst universities either, with names like Yale, Duke and John Hopkins on the list.

It is not surprising that the older, more-established tests are more widely recognised and accepted. Duolingo appears to have done well in the short time it has been going though.

While TOEFL and IELTS might give more options, a key factor for many is going to be cost. Here Duolingo comes out on top, or at least, it appears to. Duolingo costs just $49, whereas the others cost more like $200 (the actual cost depends where you take the exam).

However, that might not be the full story. The test is cheaper, but if you need help to prepare for the exam, you may find that it costs more to prepare.

As someone who has been preparing students for IELTS for 10 years, I can tell you that IELTS preparation is easy. There are a million books, websites and teachers out there for IELTS competing for students. TOEFL also has a lot of published material and a large number of teachers who can help you prepare.

Duolingo at present has far fewer published materials and knowledgeable instructors. This isn’t helped by the fact that Duolingo is less transparent in some respects.

The effect is that to prepare for Duolingo it may cost you more to find a decent teacher, and this preparation may be less effective since the exam is less predictable.

Another attractive point about Duolingo is that you don’t need to travel to a test centre. This should be particularly good to know if you live away from big cities.

Instead, the Duolingo test can be taken at home. You have to follow some fairly strict rules such as looking at your screen the whole time and not having anyone else in the room. I have seen many candidates on social media writing about how they were refused a result because they fell foul of these rules. Duolingo usually gives a free re-sit in this case, but repeated breaches of the rules result in having to book a new test.

The Duolingo test is also much shorter, taking only 45 minutes to complete the actual test, and an hour with some additional steps.

IELTS and TOEFL both take about 3 hours.

For IELTS and TOEFL, it takes around 14 days to get the results. Possibly you need a quicker result but this is also undesirable as you will be worried until you get the result.

With Duolingo, the turnaround time for results is just 2 days. That is a lot less time to be stressed.

With IELTS, TOEFL and Duolingo, the results are valid for two years.

All three of these exams can be re-sat if you don’t get the result that you want.

For Duolingo, you may re-sit 3 times in a month. With IELTS, you can resit as soon as you are ready, but since it takes two weeks to get the result and there is often a waiting time for tests, this will be less frequently. As I understand it, TOEFL is similar to IELTS in this regard.

Getting an Acceptable Score

The Duolingo test has been measured for reliability against IELTS and TOEFL and found to have a reliability rating above 0.77.

That might not mean a lot to you, but it means that IELTS, TOEFL and Duolingo scores are reasonably comparable. Someone who scores highly in one exam will score high in the others. The same if they score low.

However, the scores needed in each test may not be the same. For Duolingo, a score of 120 is needed by many universities. This is a C1 level score. Some universities may allow scores as low as 105 which is still a high B2 level score.

For IELTS, a band score of 5.5 may be sufficient for some universities, with most requiring a 6 or 6.5. This is a B2 level score.

The average American university requires a TOEFL score of 78. This can be as low as 60 though for less demanding and prestigious institutions. This is still a B2 score however.

The need for a higher score with Duolingo perhaps reflects the uncertainty of universities about it. However, for students it means that you may need to spend more money getting yourself to a suitable level to get a high enough score.

Both IELTS and TOEFL contain lengthy reading and writing sections. This is not the case for the Duolingo English test. For this reason it may better suit students with dyslexia or other difficulties. IELTS and TOEFL do not make adjustments for candidates who might otherwise be entitled to these*.

*At examiner training, I asked about this. I was told that this isn’t given because in some countries where IELTS is accepted, reasonable adjustments would not be made either.

Duolingo at first glance looks like a clear winner compared to IELTS and TOEFL. However, there are still advantages to these two tests and drawbacks with Duolingo. Nevertheless, if you have a high enough level of English and your chosen university will accept the Duolingo English test, then it may well be the best test for you. Certainly, it doesn’t make sense to put yourself through a longer, more expensive test with a longer wait time on results without good reason. 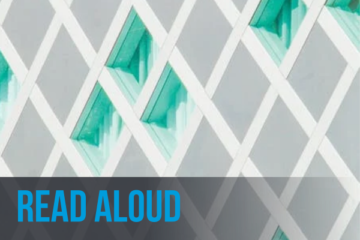