While situational language teaching was emerging out of the direct method in Britain, American linguists entered the search for a reliable method of teaching languages in the 1940s as a result of the USA joining World War II. In 1942, the American government set up the Army Specialized Training Program (ASTP) engaging some 45 universities in creating language training programs for military personnel.

Prior to this, America had followed the recommendation of the Coleman Report 1929 and based language learning largely on reading. This resulted in a reversion to a form of grammar translation method. However, this was not resulting in the conversational proficiency the American military required.

The ASTP’s method, and later audiolingualism or ALM, borrowed from three main sources. Firstly, from linguists such as Leonard Bloomfield (1942) who, using the informant method to learn native American languages, was having success in devising programmes to teach linguists and anthropologists. These programmes involved an intensive scheduling of 10 hours a day, 6 days a week, with at least 15 hours of drilling and 20-30 hours of private study. These courses were structured into 2 or 3 6-week blocks.

Secondly, from the director of the University of Michigan’s innovative English Language Institute, Charles Fries, audiolingualism got its focus on structural linguistics. In essence, it was believed that a language consisted of structures and patterns which could be taught through intensive drilling.

Finally, the work of psychologists such as B.F. Skinner categorised language learning as habit formation. This reinforced the idea that a language could be learnt through drilling of structures.

As mentioned above, the audiolingual method was largely based on the theory of structural linguistics. This entailed a descriptive approach to understanding language with a focus on understanding phonological, morphological and syntactic systems. In other words, it was believed a language consisted of patterns or structures at differing levels and learning these would result in mastery of the language.

To achieve proficiency, it was believed that systems had to be mastered from phonemes through morphemes and words to clauses. Speech was also believed to be the primary skill therefore learning to read or write in the language was postponed until the student had achieved some success in listening and speaking. In fact course books would not be used at low levels in order to prevent students from seeing the written form.

Since structures were believed to be the key to learning a language, vocabulary played a limited role. In order to aid students in memorising the structures, vocabulary was kept to the bare minimum needed to introduce these structures.

Students were believed to have difficulties in learning languages due to the differences between their first language (L1) and the target language (L2). For this reason, contrastive analyses of many language pairs were done, analysing the differences and identifying where students would struggle. Culture was also considered an important aspect of the language which therefore needed to be taught.

Audiolingualism relied heavily on behaviourist psychology, believing that language learning was simply a case of habit formation. Language learning could therefore be considered to be a case of experiencing a stimulus, providing a response and receiving positive or negative reinforcement. For example, in a lesson a student is asked a question (stimulus), they provide an answer (response) and the teacher provides praise for a correct answer (reinforcement).

Negative reinforcement could also come in the form of correction, which was given immediately. The audiolingual method considered that mistakes should be avoided where possible and consequently students were not expected to initiate interaction. Further, to ensure mistakes are not made and that the student can respond automatically, structures should be overlearnt.

In teaching grammar, it was believed that an inductive approach was best, or the principle of analogy rather than analysis. In other words, grammar explanations were to be avoided. Instead, teachers were encouraged to provide example structures highlighting the differences and to allow students to determine for themselves what the rules are.

A typical ALM lesson would start with a model dialogue that the teacher would present to the class. Students would then repeat each line with the teacher providing immediate correction and praise.

The dialogue would then be adapted to students’ interests before key structures would be practised in pattern drills. Perhaps because drilling can become tedious quickly, many drilling techniques were utilised including simple repetition, inflection, replacement (or substitution), restatement, completion, transposition, expansion, contraction, transformation, integration, rejoinder and restoration.

At higher levels, students would follow up the work done in lessons with reading, writing and vocabulary activities, and possibly with a visit to a language laboratory. This was essentially a computer room with programs set up so that a student could experience further drilling of key structures and dialogues.

The principles of the audiolingual method can therefore be summarised as:

As with situational language teaching, one of the main criticisms of Audiolingualism came from Chomsky’s refutation of behavioural psychology and structural linguistics. As Chomsky pointed out, learning a language goes beyond imitating others as we are able to create unique and novel sentences. At best, it could be argued, audiolingualism results in language-like behaviours rather than competence in a language.

Other criticisms can also be made:

Although they look very similar, situational language teaching and the audiolingual method were arrived at separately by linguists in Britain and America respectively.

While both are no longer a dominant classroom methodology today, audiolingualism is still used by many language learners. A number of well-known self study courses use principles of the audiolingual method including those by Pimsleur, Michel Thomas and Rosetta Stone. Further, ALM principles are incorporated into a number of language learning applications such as Duolingo.

Audiolingualism reached its peak in the 1960s, falling out of favour due to the criticisms of its theoretical basis and its failures in producing the desired results. This quickly saw the rise of such methods as Total Physical Response (TPR), the Silent Way and Counselling-Learning.

Like the situational approach, audiolingualism attempted to provide a theory-based method of language teaching.

Grammar was taught inductively as patterns through dialogues.

Delivery of lessons was based on behaviourist principles, largely consisting of drilling and immediate feedback.

Photo by Sharefaith from Pexels 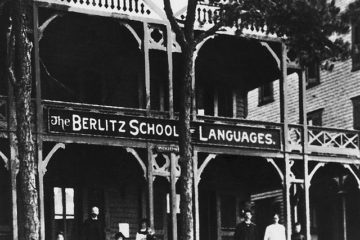