Write a report for a university lecturer, describing the information shown below. 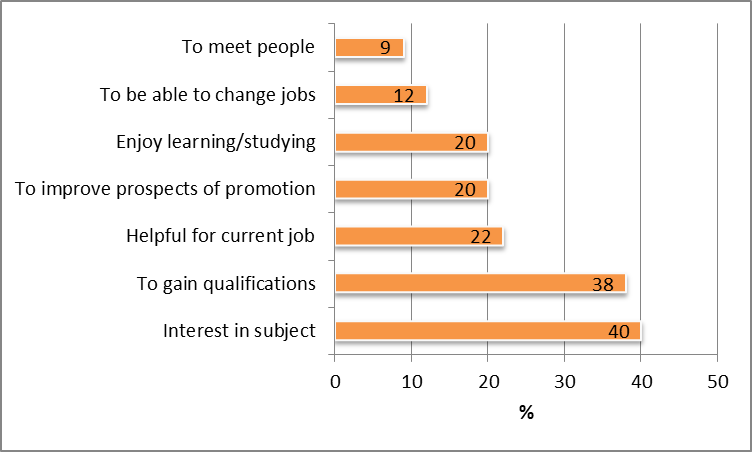 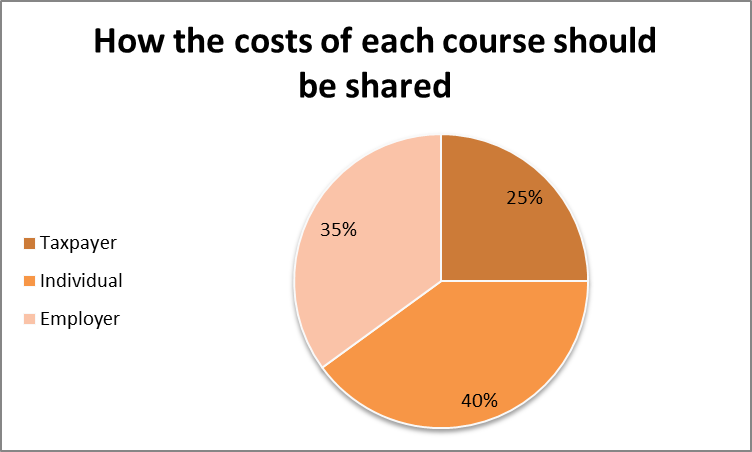 The charts provided illustrate why adult learners study as well as their opinion about how the fees for their courses should be divided. Overall, such learners have multiple motivations for studying while it is believed that costs should be split between the public, the learner and their employer.

The two main purposes named in the survey were earning a qualification and being interested in the course, with 38 and 40 per cent respectively. A little under a quarter of respondents felt that it was useful in their present position. One in five people felt it would increase their chances of advancement at work while the same number simply enjoy the educational process. Smaller numbers also felt it may help them to change jobs or meet new people.

Turning to the pie chart, it was felt that the individual should pay the largest portion at 40%, with the employer picking up 35% of the cost and the public paying one quarter. Although it isn’t shown, it would be interesting to see how the division of course costs varied across the different motivations.

the charts provided – don’t say the charts below, use provided or given instead

the public – note how this is used to avoid saying taxpayer

it would be interesting to see – you should be careful not to write information which isn’t actually seen in the data. However, this phrase lets you say what you would like to know

Paper based IELTS or Computer based: How to decide?

Paper-based IELTS or Computer-based? Join my IELTS telegram channel Click here Introduction As you are likely aware, the IELTS exam exists as both a paper-based and computer-based exam. This means that you have a choice Read more…

IELTS Life Skills B1 Guide Join my IELTS telegram channel Click here Introduction The first questions you are going to be asked are: What’s your name? How do you spell it? What can I call Read more…