CELTA Focus on the Learner Assignment

For more tips and advice about CELTA, click here.

CELTA Focus on the Learner Assignment

Of the four assignments that you need to write for CELTA, the focus on the learner assignment tends to require the most planning. Typically, this assignment consists of finding out about the background and needs of one or more students, identifying problems they have and suggesting relevant activities to help these students. As with other CELTA assignments, the exact details of the assignment will depend on the course provider.

What do you have to do?

There are generally three ways that CELTA providers deal with this task: We will deal with each of these tasks separately, as each can be done slightly differently. In any event, you will be required to write between 750 and 1000 words. This is really not a generous word limit for what you need to write, which is as follows:

Focus on one learner

If you have to focus on one learner (as I had to), you will be expected to meet up with the student and collect data about their background and needs. However, before you do that, you may have the option to choose your victim… sorry, I mean learner.

Assuming you have the choice, you want to pick wisely. I would advise picking a student who:

The reason for picking a student who speaks a major international language is that the problems these speakers have in English are well-documented. I am however assuming that your students are not a monolingual group. It is not necessary you know their first language, and actually if it is obvious you have picked a learner because you know their language, the CELTA tutors may take a dim view of this.

Once you have chosen your learner, don’t delay to set up an interview with them. You will then want to plan out what you will ask them about (look at the background and needs sections for ideas). Make sure you record the interview so you can listen back to it later. Most mobile phones can deal with this, but you should make sure that it is recording. It is better to have two minutes on the recording of you saying “is it working?” than finding out afterwards it didn’t record.

You should also aim to get a writing sample from the student at the interview. You could ask them to do it ahead of the interview by asking them to write a letter telling you about their experience of learning English and what they would like to do with English in the future.

As the practice students attend CELTA lessons for free, they are usually very amenable to being interviewed. However, if they are not so thrilled at this prospect, you can generally sway them by telling them they will get feedback. If you promise this, do make sure you give it though. These students often come back again and again and so another CELTA trainee will probably use them in their assignment in the future. Don’t make their life more difficult because you promised the student feedback but didn’t give any.

As well as interviewing the learner, you can also make notes when you are observing the group and when you are teaching. Note anything you hear them say wrongly (you can always analyse what the mistake is later) and difficulties they have with skills. 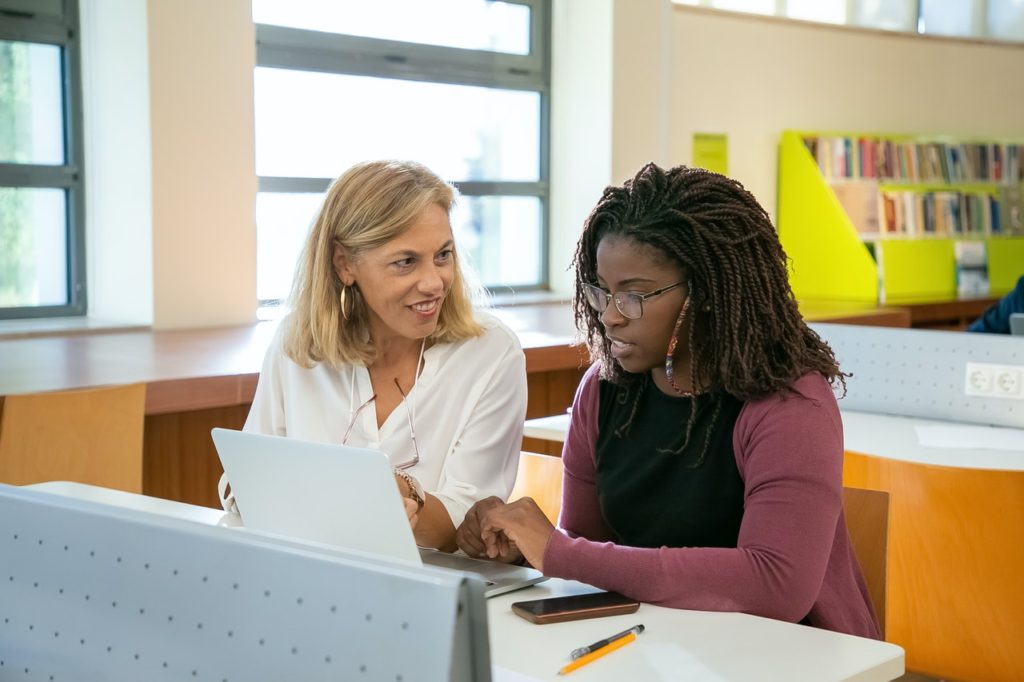 Focus on a pair of learners

As with focusing on one learner, if you have a choice, try to choose students with major international first languages. You still want to set up your interview as soon as possible and prepare your list of questions.

Having a pair of learners gives you an opportunity that you don’t get with just one and it is a rookie error if you don’t take it. Since you have two learners, give them a task to complete together in the interview. This gives you a much more accurate picture of what they struggle with.

In lessons, you still need to note the errors you hear them make and issues that they have with skills. Remember, you are also comparing the students, so you should consider whether these issues are common to both.

Focus on a group

If you are told to focus on a group, you probably won’t get to interview the whole group. Certainly, if you do get any time when you can do this it won’t be long. Instead you might be told to conduct a survey on the group to get this information. This is something that your teaching practice group will need to do together.

The first section of your assignment deals with the learners’ background and needs. This can include (this is not an exhaustive list by any means):

Once you have this information, you can begin writing it up.

The book Learner English (Smith & Swan) is invaluable here. This book looks at the problems that speakers of certain languages have when learning English. Reading the section that relates to your student(s) therefore will give you plenty of issues to write about.

Your centre will tell you how many issues you need to write about. It may specify that you need to write about issues related to each of the three knowledge areas (grammar, lexis and pronunciation) and the four skills (reading, listening, speaking and writing). Alternatively, it might tell you to pick two key problems that the student should work on. Obviously, the more areas you are required to provide problems for, the less you are required to write for each problem.

If you are only required to choose a couple of problems you will need to:

This can be the trickiest part of the assignment. You know a couple of problems that they have and now you must suggest solutions that will help them to overcome these.

To pass this part, you should ensure your solutions are sufficiently clear, relate to the problem and state why they will help. For example:

Problem: Student confuses /p/ and /b/ phonemes in speech and writing e.g. I bark my car. This is a common problem for Arabic speakers, as the two sounds are allophonic in Arabic.

To pass this assignment, you need to do the following:

If you want to pass this first time around, follow these tips:

If you follow the advice above, you should be able to complete this assignment without too much fuss.

Delta Join my telegram channel for teachers. Click here The Cambridge Delta is a more advanced teaching qualification than the CELTA. It is considered to be the same level as a masters’ degree (level 7) Read more…

11 tips to pass CELTA and keep your sanity

For more tips and advice about CELTA, click here. Pass CELTA and keep your sanity Join my telegram channel for teachers. Click here If you’ve spoken to anyone who has taken CELTA, you’ve probably heard Read more…

Before you take CELTA

For more tips and advice about CELTA, click here. What do you need to know before you take CELTA? Join my telegram channel for teachers. Click here I assume that since you are here, you Read more…